We got up early and enjoyed some more of the quiet and peaceful atmosphere of the desert. 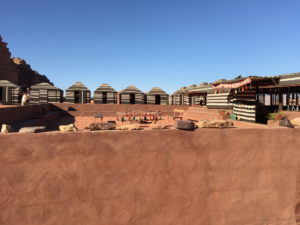 After a breakfast, we went back to the parking lot on the back of the truck (Reiner) and me on the back seat of a Toyota Hilux. There we said goodbye to Johannes and Evita. 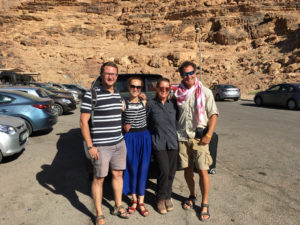 However, we met them again at the Dead Sea Spa Hotel, where we stopped in today. We were quite excited to float in the water and we were not disappointed. With no movement at all, you can be carried by the Dead Sea and even read a book while doing so! 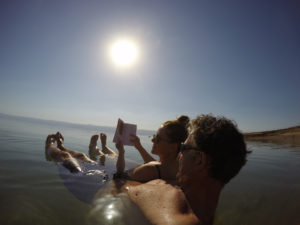 The water is very warm, crystal clear and flickers a little. It smells more strongly of the sea than the North Sea and you feel like it has a little more substance. It tastes nasty and burns the eye a lot. I have tested this myself! We also smeared ourselves with sea mud. A scrub that makes the skin nice and soft. But I could not stand it for long, because then it began to “prick”. Well showered off we ate a soup and just chilled .